How do we build the "occupy" movement? 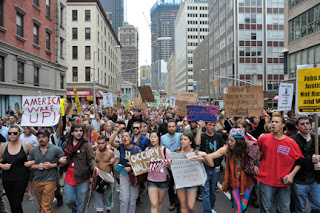