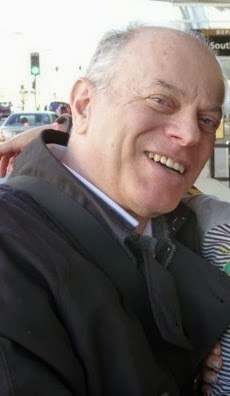 On January 31, Vancouver abortion provider Dr. Garson Romalis passed away at the age of 76, after providing reproductive choice for four decades and surviving two anti-choice attacks. His life is best summarized in his own words, in a 2008 address he gave to mark the 20th anniversary of the Morgentaler decision that struck down legal barriers to abortion in Canada.

Criminalizing abortion kills women
A graduate of UBC medical school, it was his experience at Cook County hospital in Chicago where he witnessed the magnitude of barriers to choice, which disproportionately affected women living in poverty.

“Cook County had about 3,000 beds, and served mainly an indigent population. If you were really sick, or really poor, or both, Cook County was where you went. The first month of my internship was spent on Ward 41, the septic obstetrics ward. Yes, it’s hard to believe now, but in those days, they had one ward dedicated exclusively to septic complications of pregnancy. About 90% of the patients were there with complications of septic abortion. The ward had about 40 beds, in addition to extra beds which lined the halls. Each day we admitted between 10-30 septic abortion patients. We had about one death a month, usually from septic shock associated with hemorrhage. I will never forget the 17-year-old girl lying on a stretcher with 6 feet of small bowel protruding from her vagina… Today, in Canada and the US, septic shock from illegal abortion is virtually never seen. Like smallpox, it is a ‘disappeared disease.’”

Reproductive justice
In 1969 the Canadian government liberalized the abortion law, and Dr. Romalis began providing abortions as part of his practice as an obstetrician and gynecologist in 1972. But the law still maintained strict control of the procedure and denied abortion access to women. It took a mass movement—concentrating opposition to the abortion law based on a broad understanding of reproductive justice—to strike down the law in 1988.

As Carolyn Egan from the Ontario Coalition for Abortion Clinics wrote, “OCAC tried to ensure that the demand for abortion access was never seen in isolation, but as one of a number of interdependent struggles. We tried to make this concrete by challenging the coerced sterilization that Aboriginal women, women with disabilities and Black women were facing. We held joint forums on the issues with women speaking about the injustices that they were experiencing. Healthcare workers told us that therapeutic abortion committees sometimes refused abortions unless a woman agreed to be sterilized. We fought for childcare as a woman’s right and campaigned against extra billing by doctors. OCAC worked with Dr. Henry Morgentaler and in 1983 he opened a clinic challenging the federal criminal code. The clinic became a symbol of women’s resistance to an unjust law. A long campaign against two levels of government and an organized anti-choice movement began.”

Anti-choice backlash
This campaign continued to challenge the anti-choice backlash after the 1988 Supreme Court decision—from the Tories trying to re-criminalize abortion through Parliament, to “Operation rescue” swarming the Morgentaler clinic in Toronto, and anti-choice violence against abortion providers.

Dr. Romalis was shot in 1994 and stabbed in 2000: “I had been a medical doctor for 32 years when I was shot at 7:10am, Nov 8, 1994. For over half my life, I had been providing obstetrical and gynecological care, including abortions. It is still hard for me to understand how someone could think I should be killed for helping women get safe abortions. I had a very severe gun shot wound to my left thigh. My thigh bone was fractured, large blood vessels severed, and a large amount of my thigh muscles destroyed. I almost died several times from blood loss and multiple other complications…These acts of terrorist violence have affected virtually every aspect of me and of my family’s life. Our lives have changed forever. I must live with security measures that I never dreamed about when I was learning how to deliver babies.”

The movement continues
But the anti-choice failed to stop Dr. Romalis and the movement. He continued to provide abortions and to inspire future generations of providers, like Medical Students for Choice: “My life had changed, but my views on choice remained unchanged, and I was continuing to enjoy practicing medicine…I love my work. I get enormous personal and professional satisfaction out of helping people, and that includes providing safe, comfortable, abortions. The people that I work with are extraordinary, and we all feel that we are doing important work, making a real difference in peoples’ lives. I can take an anxious woman, who is in the biggest trouble she has ever experienced in her life, and by performing a five-minute operation, in comfort and dignity, I can give her back her life.”

Dr. Romalis was very courageous and risked his life to provide the life-saving procedure of abortion. Through the process he inspired a new generation of reproductive freedom fighters—who continue to challenge the Tory attacks on choice, and to connect access to abortion with the broader struggle for reproductive justice.

On February 11, join a screening of Young Lakota, about indigenous youth fighting for reproductive justice. 7pm at Innis Town Hall, 2 Sussex ave, Toronto. Screening followed by a speaker from the Native Youth Sexual Health Network (NYSHN). Presented by Medical Students for Choice, the Ontario Coalition for Abortion Clinics, and NYSHN. Facebook event here.
Posted by Dr. J at 9:22 AM 1 comment: