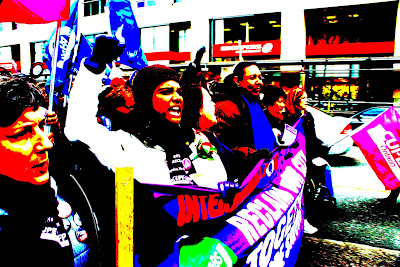 On March 3, women from across Toronto took to the streets for International Women's Day. 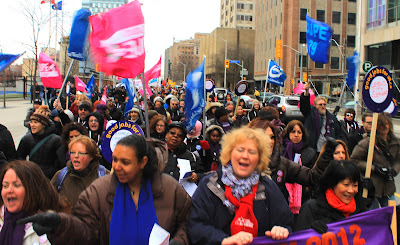 The march included labour and community groups, opposition from inside and outside Parliament/City Council, and people of all ages. 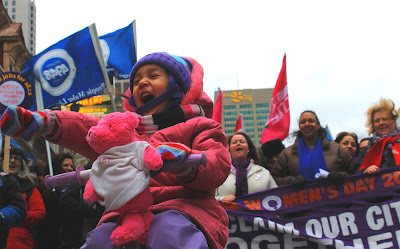 As the organizers explained, the austerity agenda is worsening the lives of women, who already face endemic problems of violence. "Over the past year, the 99% has faced attacks on our rights as workers and the right to decent jobs, while austerity-driven political agendas have moved forward to slash public spending, targeting the very services upon which we rely during times of economic uncertainty.  Women and other marginalized people are disproportionately affected by cuts to public services, which deepen socio-economic marginalization. Our services mitigate socio-economic inequity and are vital to an equitable society." 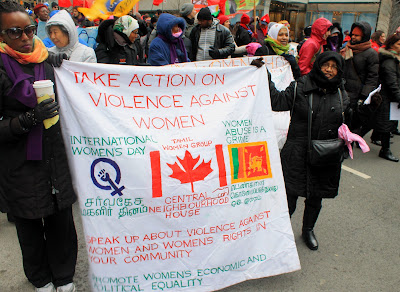 This year's theme--"Reclaim our city: good jobs, services, dignity. Together we are stronger"--built on the organizing of the past year. 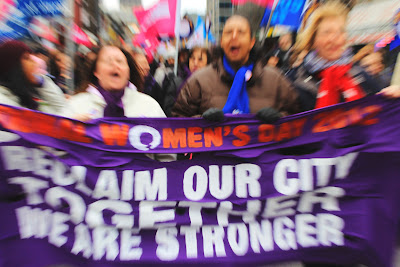 Women have been at the heart of resistance movements, from the Egyptian revolution to anti-austerity fights in Toronto. Last year, IWD organizers were one of the first to confront Rob Ford over his cuts that threaten women's access to public services. Since then a year of organizing has dented the Ford agenda--stopping some budget cuts, stalling the sell off of social housing, and leading to a rebirth of the public transit debate. Ford is trying to get around the opposition by attacking the jobs on which public services depend, like contracting out cleaners. The march connected the fight for public services with the defence of the jobs that provide them, and included cleaners and library workers at the front of the march--who are campaigning to save jobs and public services. 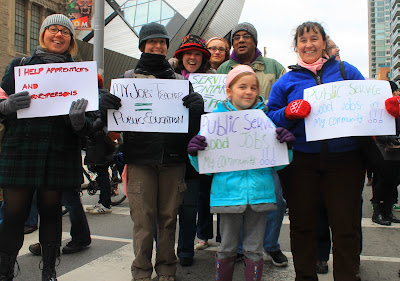 Slogans also make links were also made to broader issues, like "childcare not warfare". While Harper is wasting billions on fighter jets, battle ships and wars from Afghanistan and Libya to threats against Syria and Iran--he still refuses to fund a national, publicly-funded child care program. 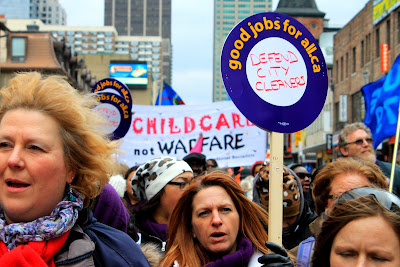 The march passed by City Hall, where people left messages in chalk connecting local with global, from "save transit city", to "status for all", to "free Palestinian female prisoners" (for more information, come to Israeli Apartheid Week) 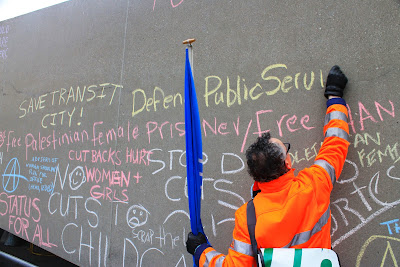 By uniting women and men from across the city in defence of good jobs, public services and dignity, IWD left a strong message for Ford, Harper and the rest of the 1%: expect resistance. 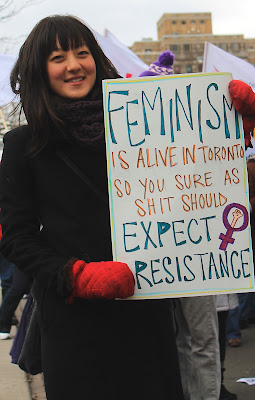