Fat phobia, the "obesity epidemic" and the medicalization of inequality 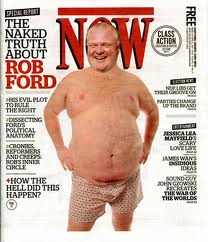 Recently Toronto's progressive weekly newspaper, NOW, had a photoshopped front cover and feature pages showing rightwing mayor Rob Ford posing naked. This was clearly aimed at making fun of his weight, a recurring theme. When he announced he was running, NOW wrote about it in an article titled "fat chance", and during the election campaign right-wing rival George Smitherman suggested he "doesn't have the fitness for the rigour pace" (comments reinforced by media photos of his abdomen).  Last week while I was leafleting for the April 9 rally to protest Rob Ford's policies, one passerby grabbed a leaflet and called Ford a "fat fuck", a term reproduced on youtube clips and internet sites.
There's plenty of reasons to criticize Rob Ford--from his racism and homophobia to his attacks on transit workers and public services--but his weight is not one of them. NOW defended itself on freedom of speech grounds, but that's besides the point. Free speech shouldn't pander to fat phobia or any other form of oppression. As one blogger noted,

"Ask yourself if NOW would ever do a Photoshopped cover of a female mayor in her underwear? The naked truth is that NOW would never have dared such a cover with Barbara Hall as mayor...Or if George Smitherman was the new mayor, can you imagine a cover with his worship wearing nothing but chaps and making fun of his sexual orientation?"

THE PSEUDOSCIENCE OF THE "OBESITY EPIDEMIC"
One of the reasons fat phobia is so accepted is because it's become medicalized, giving it a veneer of legitimacy.  We're told that we live that we're gripped by an "obesity epidemic", which kills 300,000 Americans a year, a "threatening storm" that an article in the New England Journal of Medicine blames for a future decline in life expectancy. The policing of body size has entered daily medical practice with the "metabolic syndrome", a concept aimed at describing the inter-dependence of diabetes, high cholesterol and high blood pressure; to assess for this every family doctor is trained to measure their patient's blood pressure and lab tests...plus weight circumference. We're then supposed to council patients to "chose a healthy lifestyle" based on low-fat foods, on the notion that this will reduce obesity and its associated health problems. But this picture doesn't fit reality.
Despite the focus on evidence-based medicine, much of the "obesity science" is arbitrary. Gerald Reaven, a leading scientist on insulin resistance, exposed the pseudoscience behind the metabolic syndrome, especially its inclusion of waist circumference:

The site size-acceptance.org has also busted the "300,000 deaths a year" myth, noting that the authors of the quoted study objected to the misrepresentation of their findings, and that furthermore:

Not only does the supposed problem "fat = unhealthy" not stand up to scrutiny, but the supposed solution of lecturing people to "stop eating fat" doesn't reduce weight or the supposed obesity-related illnesses. The Women's Health Initiative followed 50,000 women for years, telling one group to eat a low-fat diet while the control group followed their usual diet. The results:  "Women assigned to this eating strategy did not appear to gain protection against breast cancer, colorectal cancer, or cardiovascular disease. And after eight years, their weights were generally the same as those of women following their usual diets." Despite the simplistic call for "good lifestyle choices", people can choose health in the same way that they can choose housing, income, working conditions, the food they eat, the air they breathe. In the market, people's ability to make choices depends on their socioeconomic condition.
MASS OR CLASS?
Last month, Scientific American published a study on the "diabetes belt" through the US:

But there is a clear marker, almost universally ignored, that matches both diabetes and those "risk factors": poverty. These 15 states include 11 states with the highest poverty rates: Alabama, Arkansas, Georgia, Kentucky, Lousinana, Mississippi, North Carolina, South Carolina, Tennessee, Texas, and West Virginia. Fortunately not all the medical literature ignores poverty and income inequality. In another article in the New England Journal of Medicine--"Class, the ignored determinant of the nation's health", the authors reveal that:

"On the whole, people in lower classes die earlier than do people at higher socioeconomic levels, a pattern that holds true in a progressive fashion from the poorest to the richest... Unhealthy behavior and lifestyles alone do not explain the poor health of those in lower classes. Even when behavior is held as constant as possible, people of lower socioeconomic status are more likely to die prematurely."

This is not to say that personal agency is not important. On the contrary: challenging the social and economic conditions that constrain choice is the best way to promote personal agency. Instead, many studies on obesity take these conditions for granted, controlling for differences in race and occupation—either explicitly, or implicitly by enrolling white middle-class people. This means filtering out the health impacts of racism and class, two of the most potent determinants of health. The premise is that these are natural and unchangeable, and should be eliminated from analysis, and that instead we should blame the difference in weight amongst ourselves. (For other good blogs on the obesity-shaming epidemic go visit here and here.) While this perspective is not medically useful, it serves economic and ideological purposes.
BIG PROFITS 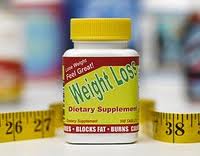 The fear mongering about obesity can't be separated from the market that profits from it--from the multibillion dollar diet industry, to commercialization in general that thrives on reducing people's self-esteem so it can sell them a product. Meanwhile, the Canadian guidelines for the treatment of obesity were written by the president of Obesity Canada (an organization sponsored by food and drug companies) who owns stocks in Glaxo-Smith Klein and Eli Lilly, two pharmaceutical giants who happen to sell anti-obesity drugs. Like all free market industries, the pharmaceutical industry is made up of rival firms competing for market share. In the field of health this produces a pressure to pathologize (especially women). Obesity was turned into a "risk factor", and now its own disease, making fat phobia a very modern phenomenon.
MEDICAL SCAPEGOATS
But medicalized discrimination is far older. Far from being objective and neutral, medical ideology plays an important role in policing society, by pathologizing those who don't conform to narrowly-defined norms. Instead of focusing on economic conditions that collectively put us at risk of diabetes and heart disease, the obsession with obesity personifies these diseases, presenting them as the result of individual, lazy, and reckless behavior. The obsession with obesity recalls other instances in which groups of people have been labeled as “abnormal” or “at risk” because of their shape, origin, sexual orientation, gender identity, ability, and religion.
The obsession with measuring people's waists in order pass to judgment on them is reminiscent of the early pseudoscience of phrenology, which measured people's heads as a basis of justifying social inequalities. Almost every oppressed group has at one time in history been blamed for an infection disease: First Nations blamed for TB, European Jews blamed for chlamydia, Mexican-Americans blamed for typhus, African-Americans and sex-trade workers blamed for syphilis, Haitians and gay men blamed for AIDS. Homosexuality was considered a psychiatric disease until the Gay Liberation Movement. Transgender people continue to fight against being pathologized. People with disabilities call for a broader definition of health instead of mainstream medicine's desire to “fix” them. Muslims are resisting attacks on civil liberties that use the language of “public safety” in order to restrict their rights to movement, attire, athletic competition, occupation, and voting.
In all these situations the “target of intervention” has been the supposedly monolithic and deviant behaviours of oppressed groups rather than the social and economic conditions that place them, and others, at risk. The results have been social stigma or repressive laws, rather than accessible health care, better housing, and higher wages. In the 19th and 20th century when infectious disease dominated there was a "social hygiene movement" that provided medical justification for a moral crusade against deviant sexuality (everything from dancing to prostitution, along with homosexuality and inter-racial partnerships) but as the major medical problems for industrialized countries have shifted to diabetes, heart disease and cancer, the source of the blame has shifted from people's hygiene to their size. This ignores the real problems that threaten to undermine life expectancy: income inequality, lack of health care, unhealthy food driven by competition in the food industry to make things as cheaply as possible, and cuts to social services that deprive schools or community centres of fitness opportunities. (For a discussion of how biomedical reductionism affects our understanding of cancer, see my other posts here and here).
TOWARDS A HEALTHY WORLD
The most important determinants of health are:

These are the issues on which to challenge Rob Ford; not his body but his policies that undermine the key social determinants of health. That's why thousands of people--representing a healthy diversity of bodies united in the demand for a better and healthier world for all--will be protesting this saturday. Fat phobia not welcome.